New in FontCreator 9.1 is an option on the File Menu for Export All. This exports OpenType and Web Font versions of all projects open in FontCreator. It is a great time-saver when working with large font projects. To export the twenty fonts from these ten project files takes about 7 seconds. Here's a quick run through of how to use it.

Step One
Open the Full set of TrueType fonts that you wish to edit. (Choose a font that allows you to modify it if it is not your own creation). I chose OpenSans, which is released under an Apache License agreement. If the Tab Bar is enabled, it may look something like this. OpenSans has 10 font styles.

Step Two
Make some minor modification to each font. I changed the version number and the Font Description in Font Properties.

Step Three
After editing the properties for each open font (Ctrl Tab will switch to the next font), use the Ctrl S shortcut to save each font project file *.fcp wherever you keep your FontCreator projects.

Step Four
From the File Menu, select Export All: 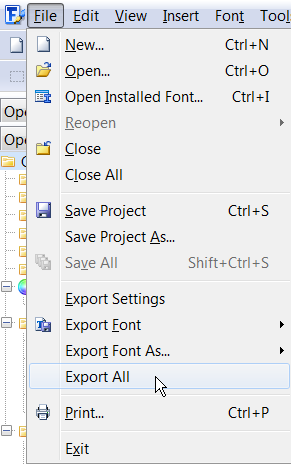 Step Five
A dialogue will appear asking where to save the exported OpenType font for the first project. Browse to select a different folder to that used by your FontCreator Projects. Avoid using a folder from which you install fonts as this will cause overwrite warnings later. 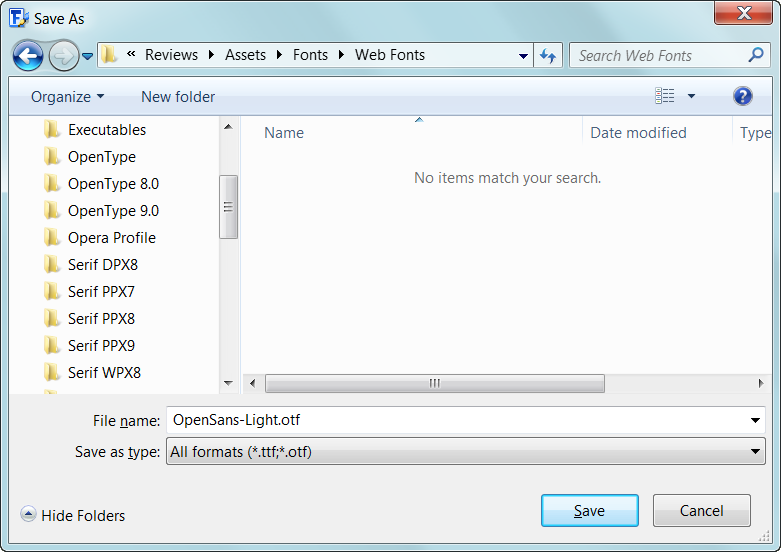 Step Six
The OpenType version of the first project will then be exported and the dialogue will reappear asking you where to save the WOFF version. Now, you just need to repeatedly click on Save to save all of the exported *.otf and *.woff files to the same folder.

Step Seven
Open the Export Options dialogue for any project. You will see that the paths have been saved in the dialogue and the default settings have been set for each file type. You can modify these later if you wish. 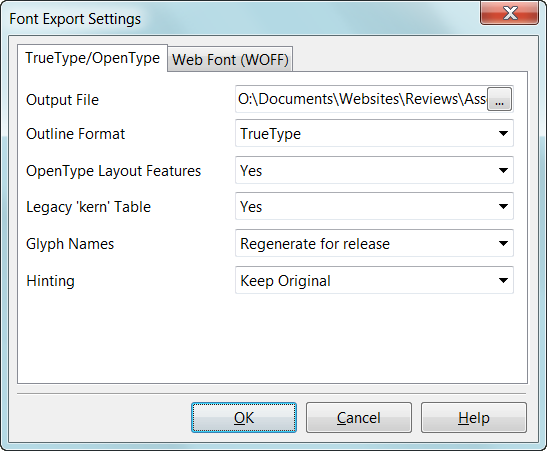 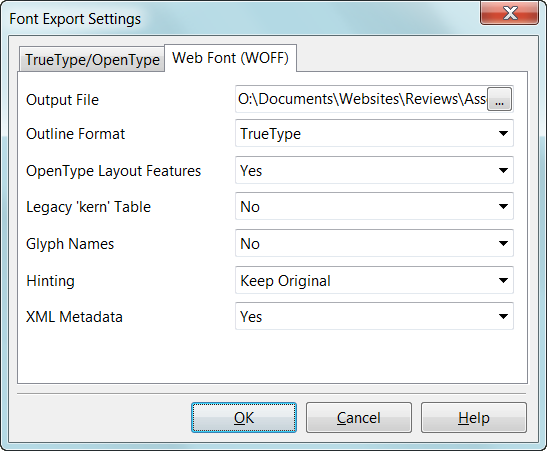 Step Eight
After you have used Export All once, and all of the export options are saved in the font projects, the next time you use Export All, there will be no prompts, and all files will be exported automatically. Keep editing your set of font projects and repeat as often as necessary. 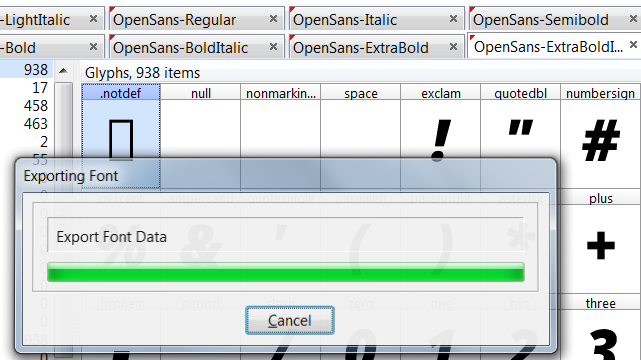 Step Nine
Archive the exported fonts for backup, and move the *.otf files to the folder that you use for installing fonts. Moving the fonts elsewhere will leave the target folder empty for future Font Projects Sets that you wish to edit later. It only takes a minute to export all of the fonts again to update the fonts with recent changes, and if you have made backups, there is no need to worry about overwriting fonts. Export All does not show overwrite warnings. If you regularly open ten or more fonts, you might want to disable that warning in Tools, Options, Advanced.
My Fonts • Reviews: MainType • Font Creator • Help • FC13 Pro + MT10.0 @ Win10 2004 build 19041.867
Top
Post Reply
1 post • Page 1 of 1