Before asking a question on FontCreator look here for possible solutions and tutorials. Please do not post support requests here.
Post Reply
3 posts • Page 1 of 1

A valuable study by Yannis Haralambous about Simplification of the Arabic Script, he introduce Three Different Approaches and their Implementations, this idea belong to fifties he describe and discuss these projects and their implementations.
I like the idea of making letters from components (graphical elements) as some times called (Roots), So I take one of these projects mentioned in Yannis study and reproduce the font that he called (Akademy), the amazing thing about is that, I just used (37) component (graphical elements) while he use (72-74 graphical elements) .. please see attachments..Enjoy. 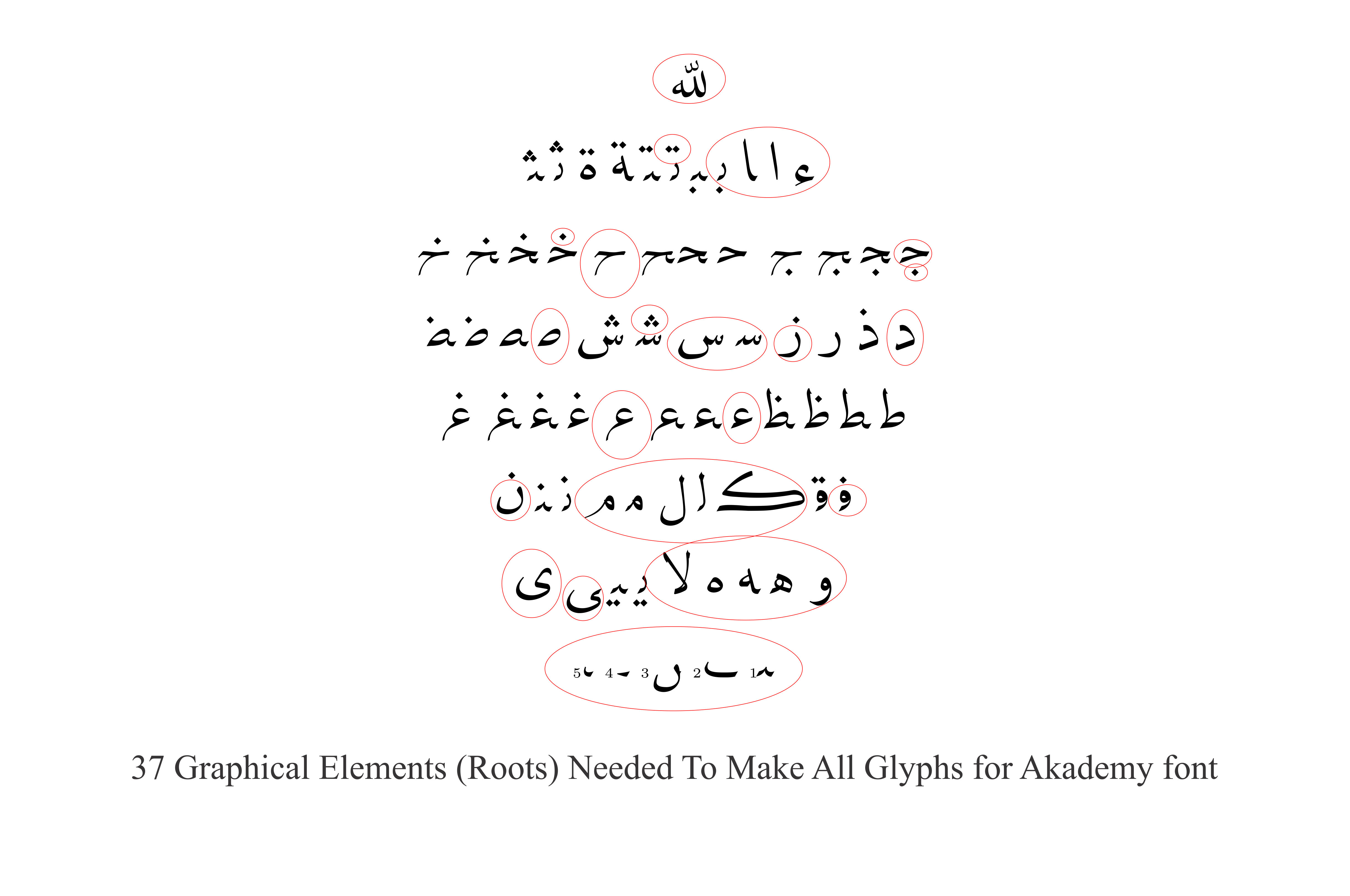 If I am correct, Yannis Haralambous first published this article back in 1998. Back then OpenType support and font editors where very basic. The first version of FontCreator, released as The Font Creator Program 1 in March 1998, didn't support the OpenType internals. It evolved into one of the most advanced visual OpenType font editors known today.

I like the font, although the design needs some more work, nevertheless I hope other people get inspired by your work!
Erwin Denissen
High-Logic
Proven Font Technology
Top

That is true the article belong to 1998, Very nice historical information about FontCreator Mr. Erwin, I like FontCreaton and consider it the powerful program especially in making Arabic Font, hope more and more evolved.
sure the Akademy font need more work, because I was kept the original source designs it was with low quality.
hope the work inspired others too... thank you Mr. Erwin
Top
Post Reply
3 posts • Page 1 of 1