I still use CompositeData.xml to generate symbols, even though later versions of FontCreator support Anchored-based positioning, which generally works better for Latin Extended characters with accents, such as ā ä å etc.

See the tutorial thread on Complete Composites for some examples of how CompositeData.xml can be used to reduce the workload and ensure consistency in designing all kinds of symbols.

In the definitions I try to use only composite glyph members that are fairly likely to be found in a font, and I provide some fallback glyphs to be used in case the first choice is not found.

However, if no suitable glyphs are found, Complete Composites does nothing. It would be better to show the user an error message, such as the glyph "periodcentered" was not found. Please add this required composite glyph member to your font, then try again.

Does anyone else make use of this feature? What improvements would you like to see? I imagine that this might be a powerful aid to creating non-Latin fonts, but we never received any requests for these kind of additions.
My Fonts • Reviews: MainType • Font Creator • Help • FC13 Pro + MT10.0 @ Win10 2004 build 19041.746
Top

Hi, sure complete composite is a powerful in my Arabic fonts, especially the idea of roots (components), I have make a research paper about, try to participate in some related conference... after this maybe, in the future will talk about the Scopes for improvement complete composite.
Top 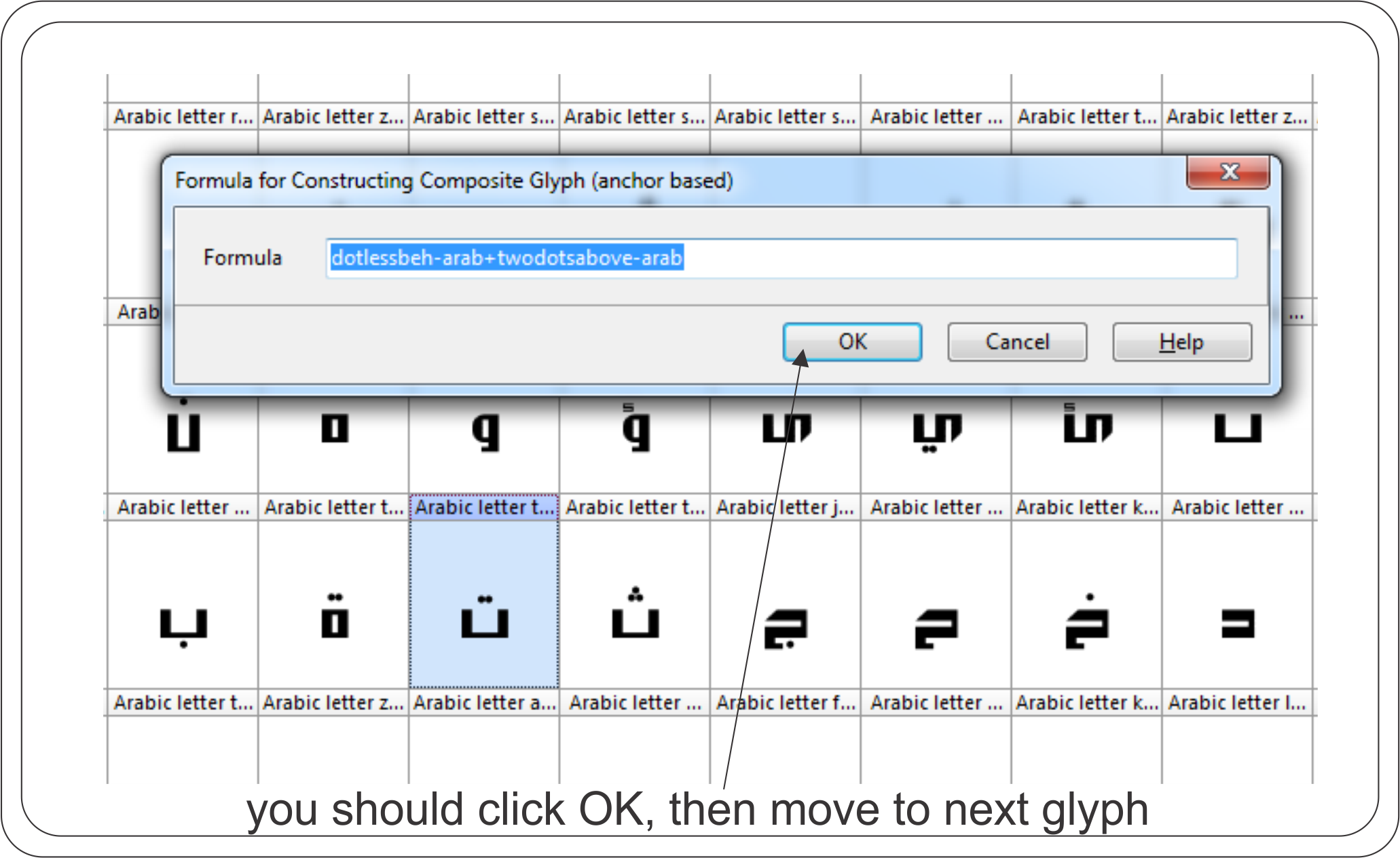