by Bhikkhu Pesala
I seem to be going around in circles. Version 2.01 fixes that problem, but now I see that dlig takes precedence over super/subscripts. I don't know if that's new.

This is a confusing topic, which is why I started this thread on precedence of OT features.

I noticed that Garava also suffers from this dlig/ordn bug, but I may wait before I update that yet again.

by Erwin Denissen
This more recent topic should help:
Changing the Order of Precedence of OpenType Features

by Erwin Denissen
If you want the compiler to ignore unknown glyphs, and allow empty classes and lookups, then click the warning icon in the toolbar. 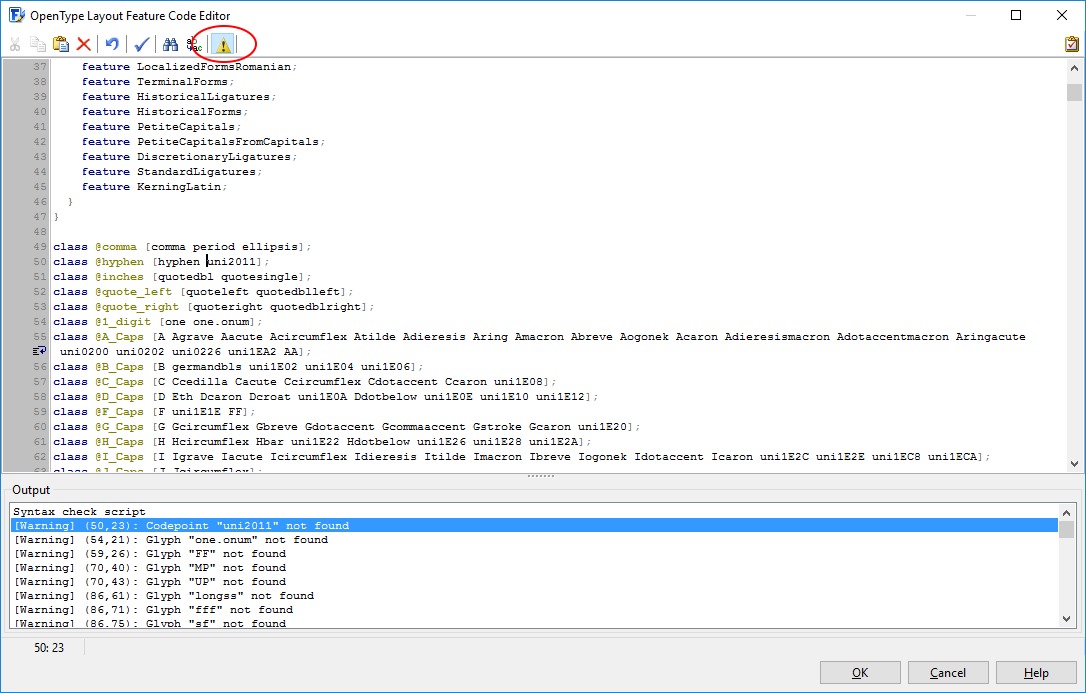 While testing this feature, I got an access violation, so it seems the current version has some issues with such glyphs if used with pair positioning. This issue will be solved with the next upcoming update.

by Bhikkhu Pesala
This is a long overdue update for Mandala, done using the Anchor Based composition and other new features in FontCreator 12. See the first post for details and download links.

It has taken about a month to get to this first release of a new version. Spacing was adjusted using Optical metrics (also for Petite Capitals and Superscripts) to be more generous, so ligatures also needed their bearings adjusted, and some were redesigned.

I attach the OpenType Layout Definition script, which can be viewed in a text editor to see how the features, lookups, subtables, and classes are designed.

Version 2.31 uses Typometrics for line-spacing, added more kerning pairs for Uppercase to lowercase and uppercase to uppercase subscript, and fixed some bugs.
All times are UTC
Page 2 of 2
Powered by phpBB® Forum Software © phpBB Limited
https://www.phpbb.com/