I am trying to use the Serif ImpactPlus 5 program to design a three-dimensional model of a dinner plate with the following text going around the plate.

Food with no gluten-containing ingredients

It might be that the text is used twice.

The idea is that if such dinner plates were manufactured it could help to avoid mix-ups in restaurants and hotels when serving food to people who need or choose a meal with no gluten-containing ingredients.

ImpactPlus has the very useful facility that a character from a font can be used to make a three-dimensional object, so, in order to be able to make a model of a plate suitable to be textured with the lettering, I made a special font using FontCreator.

The font provides a disc encoded as a figure 0, and seven annuli, encoded as figures 1 through to 7.

The font was produced for a specific purpose, yet it might perhaps also have other uses.


Here is my attempt at using the font to produce a concept illustration of the idea. The design of the plate uses three-dimensional objects made from the disc and from one of the annuli to make the plate.

The lettering on the plate was produced by texturing the object with a png file made using the Serif DrawPlus X4 program: the png was trimmed using the Microsoft Paint program while I was experimenting. 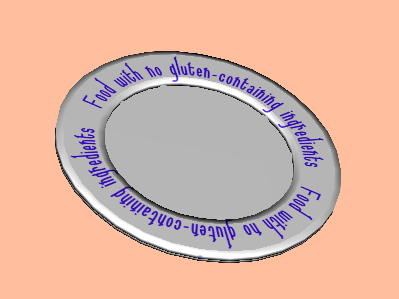 A concept illustration of an idea: the making of the illustration included using two fonts made using FontCreator
plate_design.png (37.93 KiB) Viewed 2416 times


Making the special font using FontCreator allowed me to make the model of the plate within the ImpactPlus 5 program.

Re: Disc and Annuli font

Some further experimentation has resulted in another image. 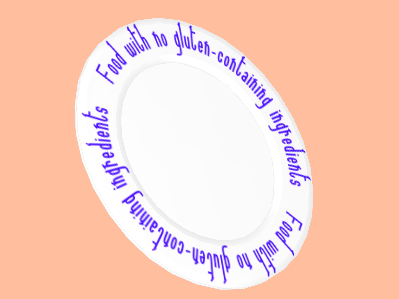 A concept illustration of an idea: the making of the illustration included using two fonts made using FontCreator
plate_design2.png (37.1 KiB) Viewed 2399 times