Jivita is an original Sans Serif typeface designed for body text. It has a wide range of OpenType features, and four type styles.

Jivita was updated to version 1.3 with many improvements and new features, including a set of 26 Decorative Drop Capitals, using a different variant for each type style. This can be accessed using the Initial Forms feature (called Word Start Alternates in PagePlus), or by inserting them from the Private Use Area using a character map in applications that don't support OpenType. 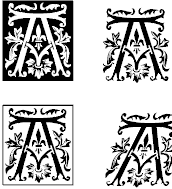 Updated again to ver 1.70 to improve the Initial Forms.

Version 1.72 harmonizes the width of the Initial Forms glyph, which are now colour glyphs. 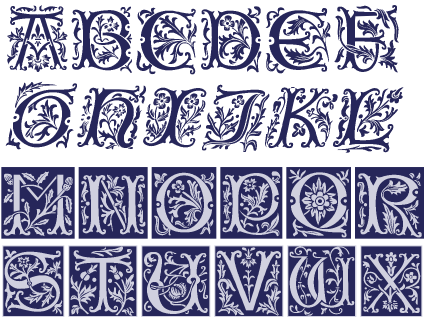 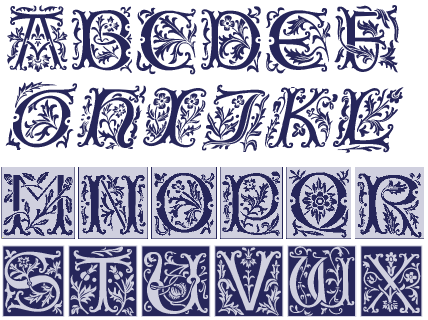 Jivita Version 1.90 completed the Number Forms and Dingbats character sets, added chess pieces to the Ornaments, and a standard ligature for ffj.

ttfautohint-1.3-win32.7z includes a command-line utility for adding hinting to fonts, which may be helpful to those who wish to fine-tune the hinting.

With the help of the massive improvements in FontCreator 9.0 I have updated four fonts (14 type styles) today. Mostly, I have used the Visual OpenType Designer to make changes, but on Jivita I used the Code Editor to copy/paste the script for Contextual Ligatures and the Ornament ligatures for chess pieces. The code editor automatically changed the lookup for Ornaments from a single substitution to a ligature substitution when I pasted the code from Pali Regular.

For someone who knows nothing about OpenType scripting, there's a steep learning curve, but the Visual Designer makes it a lot easier to add and edit OpenType features. Once you have worked out how to create one working script for the Regular type style, it takes very little time to import the script into the other three styles. The kerning pairs will probably need adjusting — that's all, as long as you have named the glyphs consistently across all four types styles.
My Fonts • Reviews: MainType • Font Creator • Help • FC12 Pro + MT9.0 @ Win10 1909 build 18363.657
Top

Some kerning pairs were added.

Version 2.10 fixes the bug with flattening of kerning classes, optimised some complex glyphs, and added a set of smaller, unhinted web versions without most of the symbols or coloured drop caps.