by nabsltd
In Version 7.0.0 (build 1012), sometimes the displayed font name (and the "Full font name" in the Font Information panel) is the PostScript name, and not the Windows name. For example:

You can see that the two highlighted lines show font names of "FreeSerif-Italic" and "Gill Sans MT Italic". The second is correct...it is the Windows full font name, while the first is the PostScript name.

But, the font properties (names, etc.) on both files were set the same using FontCreator: 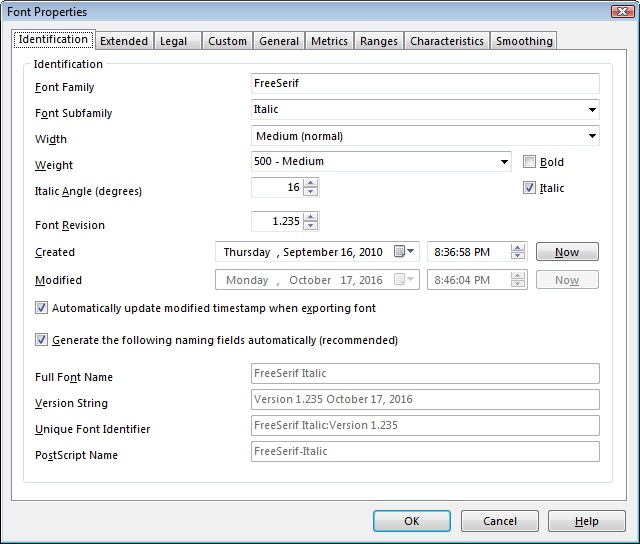 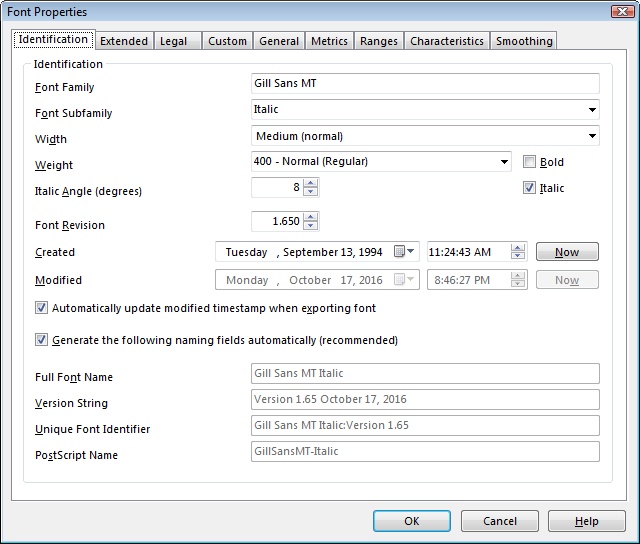 The "Extended" tab on both fonts has all fields blank, so that's not affecting the perceived name.

I haven't been able to figure out what is causing this, as the properties in all my font files was edited by me using FontCreator, so they all follow the same pattern, yet some fonts show this behavior in MainType, while others do not. Windows apps show the correct name if I install the fonts.

by Erwin Denissen
This happens with fonts that contain CFF based outlines. It is by design.
All times are UTC
Page 1 of 1
Powered by phpBB® Forum Software © phpBB Limited
https://www.phpbb.com/