by Karin1610
Hi, I'm totally new to font making, so I hope my question isn't too stupid.
I'm trying to make a school font, and one important character for me is the "Almost equal to" one. (Glyph name is "approxequal").
I have added the glyph, but I have no idea how to actually get it into a text file.
I found out that Word is turning code into characters by typing Alt+C, but that only works in Word.
So how can I make use of this character (and other special ones)?

by Bhikkhu Pesala
It's not actually a question about FontCreator, but about using Word or other applications.

Insert a Symbol or Special Character in Word

BabelMap is a better alternative to the Windows Character Map, which can be used to insert symbols and special characters into any Windows Application. 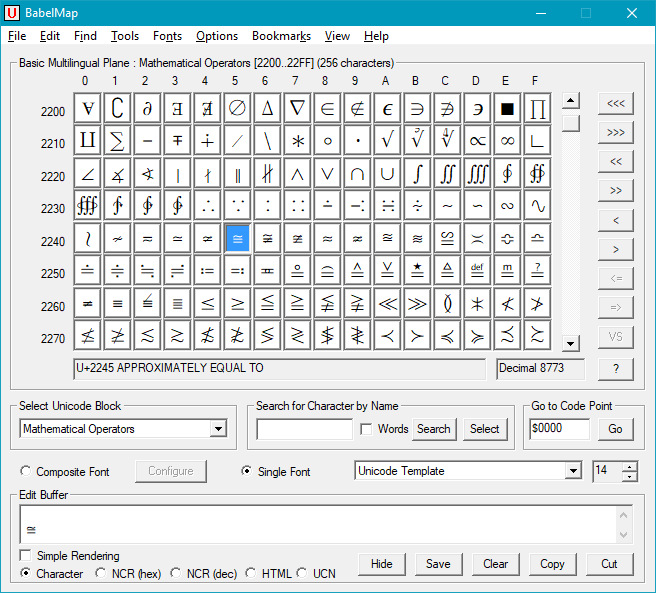 Bhikkhu Pesala wrote: ↑Sat Jul 29, 2017 4:49 pm It's not actually a question about FontCreator, but about using Word or other applications.

I'm sorry. Thanks for helping me anyway. I appreciate it.

by Bhikkhu Pesala
No problem, just saying that it is not something that FontCreator should be used to fix.
All times are UTC
Page 1 of 1