I have a problem with kerning in my font.

My version of FC is 8 Pro. I wanted to add a kerning for some pairs in my font through OpenType Designer, as following: 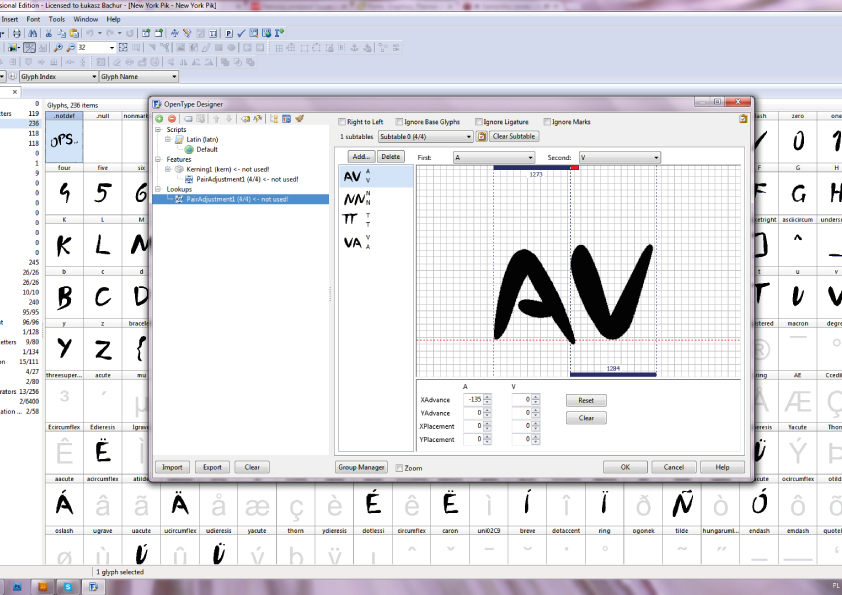 I click "save" and there are simply no changes in font. I don't know why. I need any additional functions or...?

.otf of the font is in attachment.

I think it could be a matter of minutes for some of you. Could you help, please?

Re: Kerning added, but doesn't work

by Erwin Denissen
You are indeed very close.

For the lookup (PairAdjustment1) to work, it has to be tied to a feature (Kerning1), as you already did, but then that feature needs to be connected to a language (default), which in turn belongs to a script (Latin).

So in your case, right-click the default language and select New Item from the context menu. From there you can select the kerning feature. It then should look similar to this: 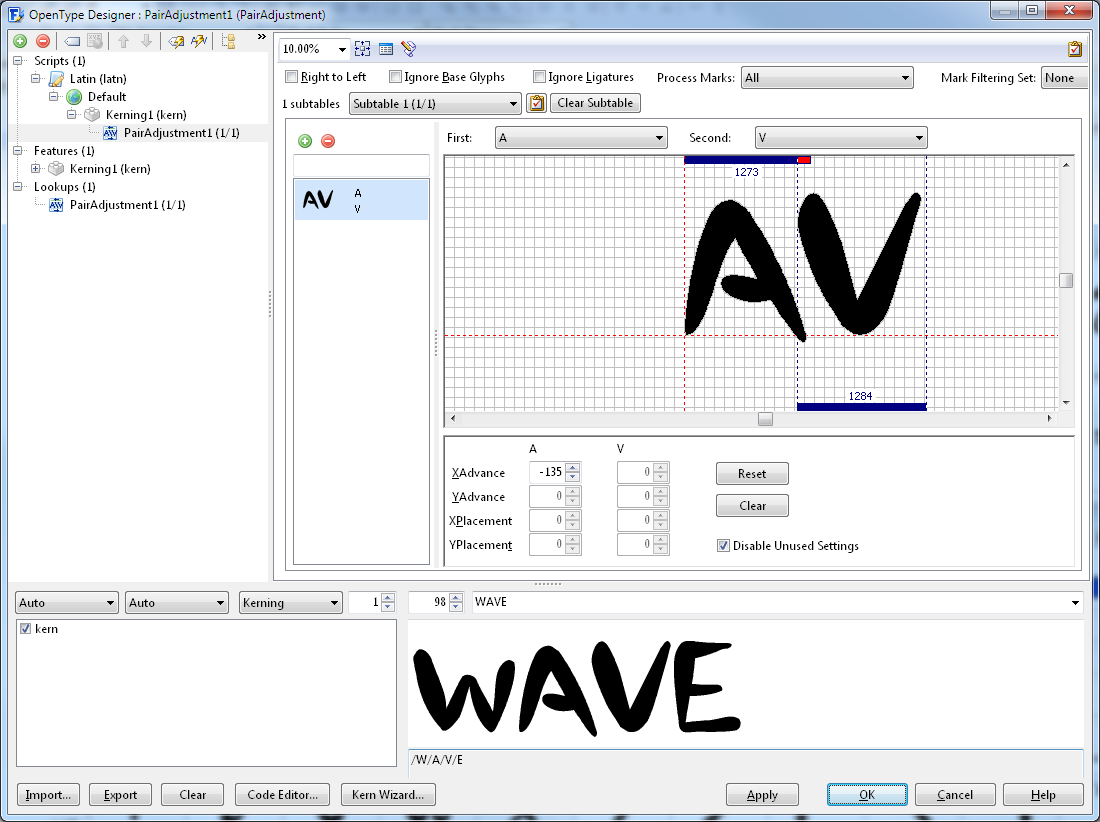 Re: Kerning added, but doesn't work

Thank you so much for your time and effort - everything works perfectly!

It was not clear to me before and now is.

Cheers, thanks one more time!
Have a great day.
All times are UTC
Page 1 of 1
Powered by phpBB® Forum Software © phpBB Limited
https://www.phpbb.com/