As noted I'm a beginner, interested in font design as a hobby. That said, here's what's probably an easy question.

Suppose I want to add a new glyph (for grins, let's say I want to add the so-called vulgar fraction ⅛). The operation clearly starts with the "Insert Glyph" command, which allows me to place it where I want it. Then it's a comparatively simple matter to set up the contours to make a glyph that's generally consistent in style with the rest of the font in question. Now: what else do I need to do to make the new glyph usable as part of a TrueType (let's say) font? And if I have to do something to the added glyph, how do I do it? Thanks. (Didn't see a tutorial on adding a glyph, by the way.)
Top

Welcome to the High-Logic forum. I moved your thread from the Tutorials and Solutions forum to the Support forum and gave it a meaningful title. 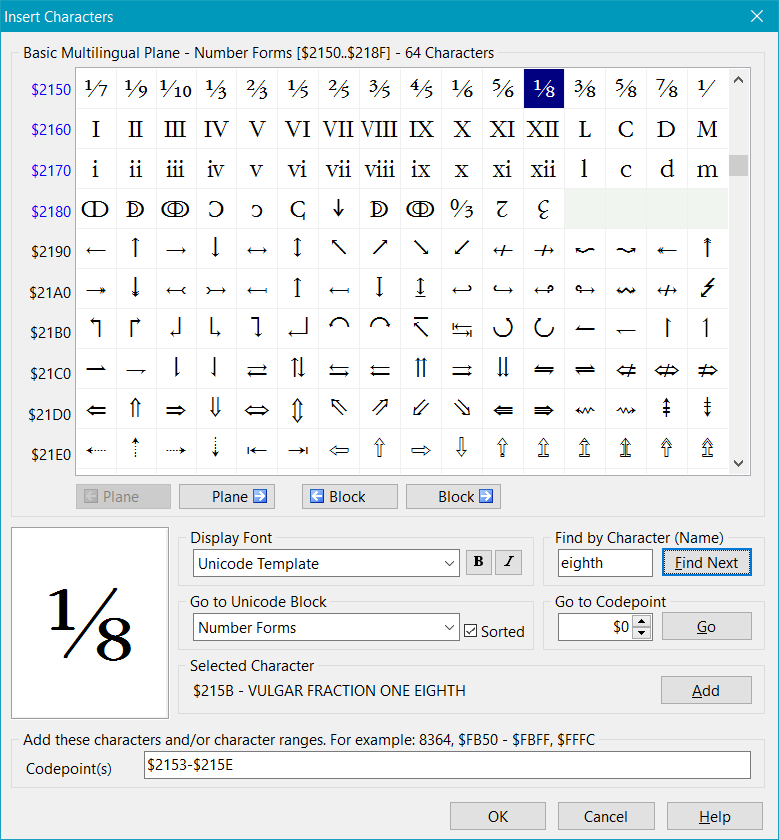 Now, a follow-up question: suppose for some obscure reason I wanted to create (say) a vulgar fraction 3/17? I rather doubt that exists anywhere, so how would one go about mapping something brand-new?
Top

While I was busy writing my post, Mike W posted his.