Please ask questions about this Tutorial in the FontCreator Support Forum.

In FontCreator 9.0, the previous OpenType Layout Feature Editor was merged with the OpenType Designer. The code editor is still available for those who need it, but a visual representation of OpenType features and lookups aims to make the editing process more intuitive for those not familiar with editing code.

FontCreator 10.1 made further improvements to the OpenType Designer. Shortcut Ctrl W can be used to close it without saving any changes (as well as the Alt F4 Windows default).

FontCreator 11.0 made further improvements to adding OpenType Features. See the latter part of the What is New video on YouTube for a brief summary of the improvements to the OpenType Designer.

The dialogue and the code editor can now be resized to be much smaller than before. 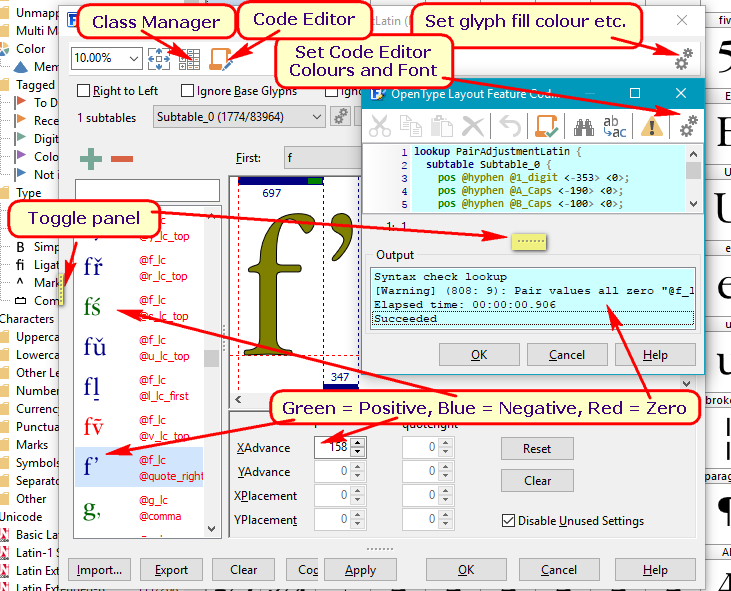 On opening the OpenType Designer for a font with OpenType features, one will see a window with the scripts, features, and lookups on the left. One can also import scripts to add OpenType features. Selecting a Glyph Substitution feature like AlternativeFractions (afrc) as in the screenshot below will display visually the input and output for each substitution in the lookup in the pane on the right.

The input for the selected lookup is “one slash one six,” and the output is the glyph named “onesixteenth.afrc.” That is, if the user types 1/16 in an OpenType aware application and if the Alternative Fraction feature is enabled, the stacking fraction in the right-hand preview pane will be the result. The text is still 1/16, but the OpenType feature replaces it with the alternative fraction glyph. If the feature is disabled, or the font is changed to one without that feature, then the text will be shown as 1/16. 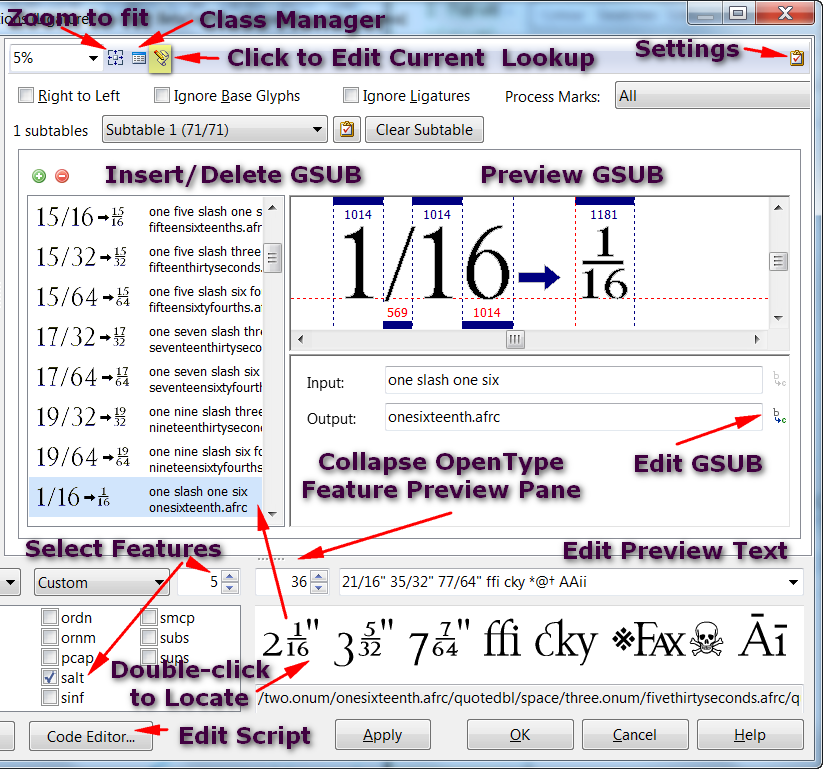 Some common standard ligatures are found in the Alphabetic Presentation Forms character set. 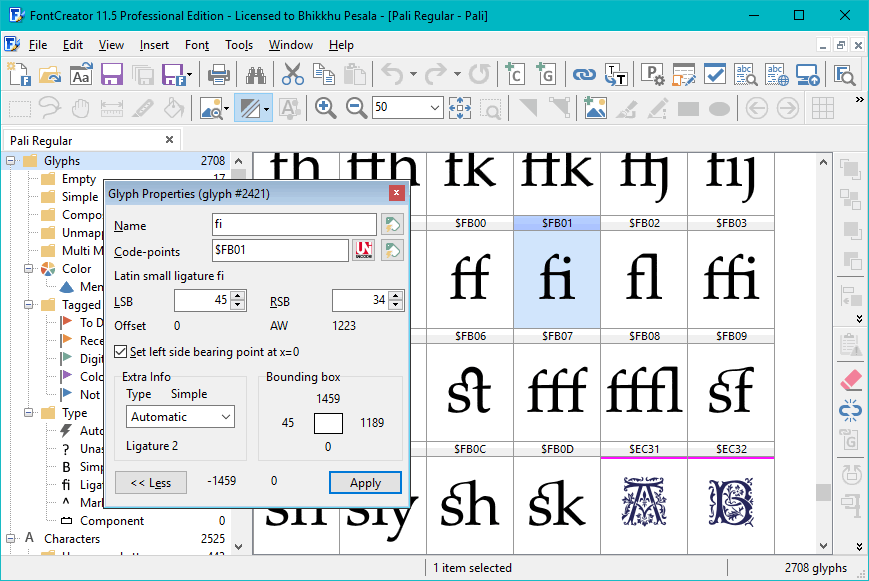 Others can be added in the Private Use Area. Be mindful that some of these code-points are used by FontCreator for easily generating Stacking Diacritics, Petite Capitals, etc. See the PDF file Composite Data Update for a comprehensive list of code-points in use by the Complete Composites feature. 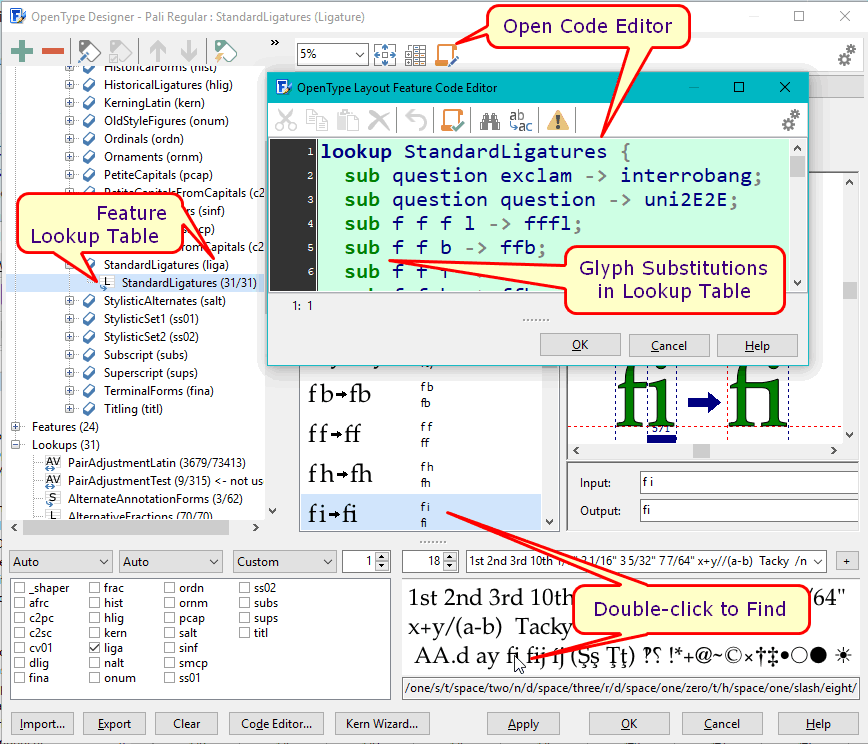