by Bhikkhu Pesala
Large fonts like my font Pali have a lot of kerning pairs. It is much easier to manage them by splitting the single PairAdjustment_0 subtable into several others. I renamed mine for greater ease of use. 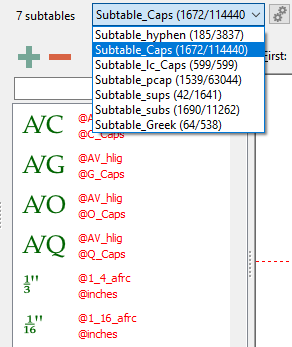 I arranged Subtable_hyphen at the top so that it appears by default when selecting the Pair Adjustment lookup, because pairs with hyphen are often problematic when generating kerning values with autokern.

Adding a New Subtable for Alternative Fractions
Click on the gears icon to open the Subtable manager, where one can add or sort subtables. I added Subtable_afrc for a simple demonstration. 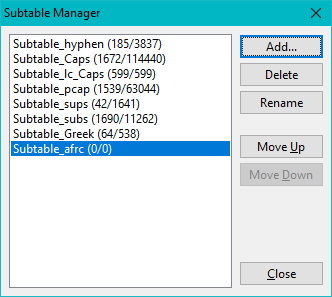 Adjusting the Kerning Pairs for afrc 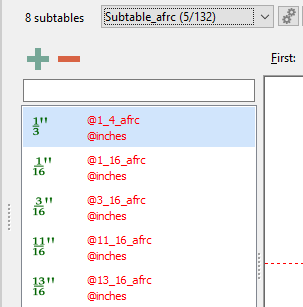 Note that actions like autokern or trim work on the entire lookup, not just on the selected subtable.

This thread is locked. Please ask in the FontCreator Support forum if you have any questions about this tutorial.
All times are UTC
Page 1 of 1
Powered by phpBB® Forum Software © phpBB Limited
https://www.phpbb.com/