by Mike Thompson
Now we have the capability of added our own glyph names, we might benefit
by using them in Transformation scripts.
For instance:
Select bet, kaf, ayin, pe, tsadi, tav
Bearings L:-50
would set the left side bearings for a group of letters
that have similar left hand sides. Saved as set_leftbearing_group_bet.xml,
I could use this script on different fonts.
Mike

by Bhikkhu Pesala
I don't see any easy way to do this currently. Sorting glyphs by their current side-bearing may help if you want to change several from, say, 30 to 50 funits.

I would like a way to select all maths symbols at once to set their advance widths to the figure width. Currently, I have resorted to tagging them, but they still need to be found and selected before one can tag them. It just makes it easier to change the width later if you decide it's not quite right.

by Bhikkhu Pesala
This can now be done by using the Feature "Override Range." 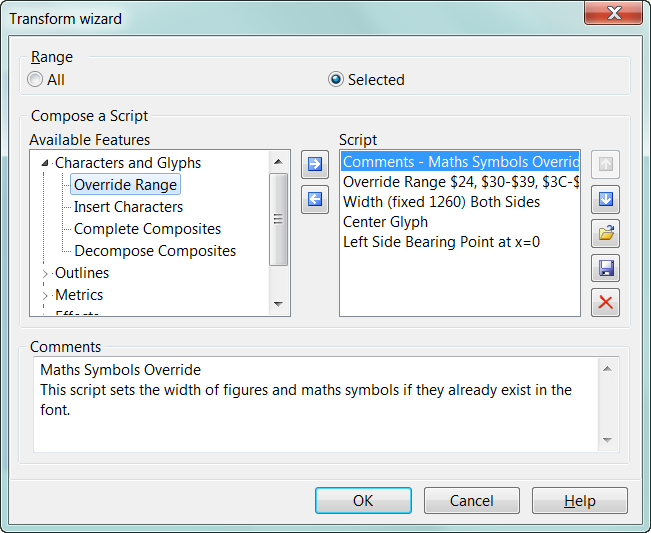 by Mike Thompson
I was suggesting that the glyph names be used in transformations
such as Override Range so that the script might be more easily
understood by humans. Codes such as $30 etc don't have much meaning -
to me at least.
Mike 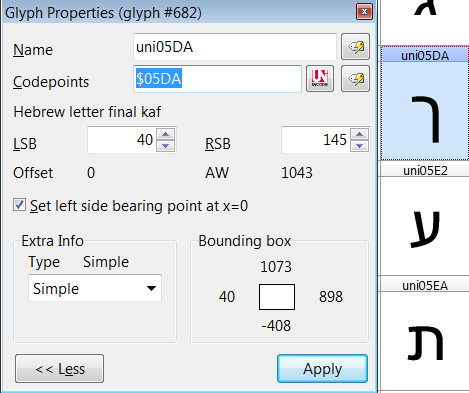 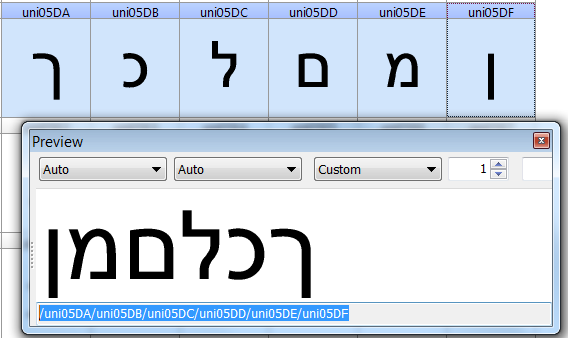 by Erwin Denissen
This feature request has been implemented in FontCreator 10.
All times are UTC
Page 1 of 1
Powered by phpBB® Forum Software © phpBB Limited
https://www.phpbb.com/