Please try to keep all the discussions in the main forums on topic! If you have anything else, related to fonts, you want to share, please post it here!
Post Reply
10 posts • Page 1 of 1

I found the following structure with lettering upon it by chance whilst exploring.

I wondered what it is.

The answer can be found at the following webspace.

The colour version of the graphics plus lettering logo is interesting as the dot of the i and the two dots of the ë in the word Galarië are each in a different colour.

Studying the plan that is within the webspace helps one to go back to Google Streetview and find the other entrances.

(Welcome back William)...
Think the sign could have been made from "standard components" -- Trebuchet MS. The irregular spacing of the dots could have been accomplished with an ellipsis placed over a dotlessi ... 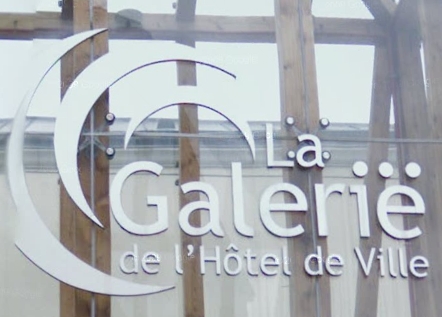 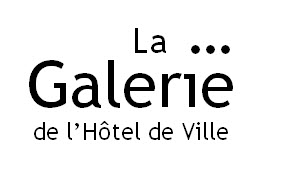 Thank you too for identifying the font. I had been wondering what it was.

As it happens I have Trebuchet MS on this computer, I think it came bundled with Windows xp. I had not looked at it in detail until now. It is a very nice font.

I have also found the following, each of which includes some notes about the naming of the font after the medieval siege engine.

Another sanserif font is shown used in the rear window of a bus.

The message is as follows.

The English translation is as follows.

The Bus, my new car!

There is a pharmacy.

Some readers might like to zoom-in onto the two symbols below the capital H of PHARMACIE: one appears to be carved in stone and the other appears to be either added onto the window or part of the structure of the window.

I am wondering whether the two symbols are glyph variants of the same meaning; or is the symbol in stone a general symbol for a pharmacy and the symbol on the window a trademark for the particular pharmacist; or maybe some other combination of meanings?

Here is a question that I am researching, in relation to localizable sentences, with language-independent symbols.

Suppose that a visitor asks, using a language-independent symbol, "Where is a pharmacy please?".

A local resident, or perhaps an automated server, receives the message and, knowing the direction that the person asking the question is facing, wishes to respond by expressing the directions to proceed forward to the crossroads junction, then turn left and then proceed forward, beyond a junction to the left and beyond a junction to the right and the desired location is on the left a short distance further on.

What sequence of short, self-contained, localizable sentences would be suitable?

Please note that the directions would be part of a consistently designed set of localizable sentences that could be used to provide language-independent directions to a variety of desired locations from various places.

My idea is that a set of symbols could be encoded in the manner of emoji and used directly, yet the symbols would also be suitable for use in automated localization systems using a database for a particular language. Can that idea be realized as a practical system?

Readers making the journey in Google streetview might notice along the route the entrance to the shopping mall featured in earlier posts in this thread.

So, two fonts to try to identify and a research problem.

Some readers may already know of the http://www.itcfonts.com/ webspace with the Expert Search feature and its facility that enables one to try to identify a font by answering questions about a sample. I have not yet tried to identify the two samples displayed in the streetview images linked from this post, so readers who try are researching.

Is this pharmacy nearer to the Office de Tourisme?

Is it nearer to the Office de Tourisme than the previous pharmacy?

Please note the opening hours of the two pharmacies.

The sign for this pharmacy is in a sans serif font whereas a serifed font is used for the other pharmacy.

Each pharmacy has a green cross located high on the wall.

Each pharmacy has a logo lower down, the logos being different one from the other for the two pharmacies.

There are other views of this pharmacy: I have used this view for simplicity.


William wrote: What sequence of short, self-contained, localizable sentences would be suitable?

Some readers may know of the Localizable Sentences Experiment font support thread in the Gallery forum.

I have in mind trying to design some glyphs for the following localizable sentences and including them in a later version of the font that is featured in that thread: however, hopefully the sentences will be of interest in relation to moving around in Google Streetview, so they are mentioned here.

LOCALIZABLE SENTENCE PLEASE PROCEED FORWARD UNTIL YOU REACH THE JUNCTION.

LOCALIZABLE SENTENCE PLEASE PROCEED FORWARD UNTIL YOU REACH THE JUNCTION WHERE A ROAD JOINS AT THE LEFT.

LOCALIZABLE SENTENCE PLEASE PROCEED FORWARD UNTIL YOU REACH THE JUNCTION WHERE A ROAD JOINS AT THE RIGHT.

LOCALIZABLE SENTENCE PLEASE PROCEED FORWARD BEYOND THE JUNCTION WITHOUT TURNING.

LOCALIZABLE SENTENCE PLEASE PROCEED FORWARD BEYOND SOME JUNCTIONS WITHOUT TURNING.

LOCALIZABLE SENTENCE THE PLACE YOU ARE SEEKING WILL BE ON YOUR LEFT.

LOCALIZABLE SENTENCE THE PLACE YOU ARE SEEKING WILL BE IN FRONT OF YOU.

LOCALIZABLE SENTENCE THE PLACE YOU ARE SEEKING WILL BE ON YOUR RIGHT.

I would also try to design a glyph for the following localizable sentence and to include it in a font.

LOCALIZABLE SENTENCE WHERE IS A PHARMACY PLEASE?

The following view is from the same place as the first view in this thread, though looking in almost the opposite direction.

Proceeding along the Rue des Lombards, and persisting in moving in the same indicated direction, as some of the Streetview images are, at the time of writing this post, of the wrong place, there is, on the right, another pharmacy.

The pharmacy has a green cross located high on the wall, as with the other pharmacies.

The font used for the word Pharmacie, just above the door of the pharmacy, is a script font.

I wonder if there is available anywhere on the internet a picture taken in the evening showing the sign illuminated.

Another view of the Pharmacy.

In the same image, there is a shop with the name 1·2·3 above the door. Is that a middle dot?

I searched at http://www.google.com as follows.

Amongst the results there was the following.

The addresses can be entered into the search box at http://maps.google.com and for some of them there are Streetview pictures available.

Several of the views are of particular typographical interest.

In the following, it seems that an older sign, built into the building, has had a new sign fixed in front of part of it. The old sign using serifed capitals that appear to have been carved into the stone. The new sign, using a sans serif font, the sign perhaps made of plastic.

I find this an interesting mixture, wondering about the processes used to produce the signs at two points in history. It is possible that there might have been another sign used before the present one. Or maybe more than one. Yet the lettering in stone remains.

I did notice that the addresses and the names did not seem to align, from the list of pharmacies to Streetview. Sometimes Streetview addresses are a bit out of position, and maybe the name has changed and it is not clear whether the list or Streetview has the later information. I did wonder whether there is another pharmacy nearby, but I moved around in Streetview and did not find one.

In part of the new sign there is a logo, in green, red and blue upon a white background. It appears to represent a snake.

There is what seems to me, taken in context, to be another graphic representation of a snake, in the following image.

Interestingly, there is no green in the colours of the signs on the walls, though there is a green cross in or on the window.

The green cross has the words Officine and Conseil on it and there appears to be a white symbol to the left of the letter C.

The words Officine Conseil as such translate into English as Pharmacy Council (translated using the Translation Plus program, version 10).

In relation to the various symbols being used for pharmacies, some readers might like to know of the following pdf that I found on the web earlier this morning.

The above link did not work when I tried it this morning.

However, I did find the document available on the web as follows.

William wrote: I have also found the following, each of which includes some notes about the naming of the font after the medieval siege engine.

Browsing in Google Streetview I found, serendipitously, what appears to be a picture of a Trebuchet.

This is not in Châlons-en-Champagne, but is in Warwick, England.