I read a news report about Pantone issuing its Colour of the Year for 2011.

I found the following.

The first of the above two web pages has, almost at the end of the page, a table of colour values.

I decided to try to use the colour with some of my fonts.

I decided to use the CMYK values for "fashion + home CMYK" as follows.

The colour is called Honeysuckle.

I keyed the word honeysuckle, using my Sonnet Calligraphic 029 font at 120 point, 120 point being one of the preset sizes in PagePlus X3 (other, non-preset, sizes are also possible). I then changed the h, the y and the lowercase l for calligraphic alternate glyphs from the Private Use Area of the font. I then added a space before the h so that there would be some white space at the start of the graphic and three spaces at the end. I then exported the graphic as a 24 bit png. 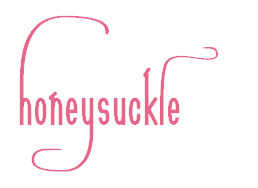 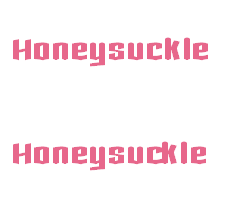 Here is a graphic using my Quest text font at 72 point.

I thought that I would like to try a solid block of the Honeysuckle colour.

I thought of using the glyph that I designed for a ROASTED SWEET POTATO and which is included in the High Plane Mapping 004 font.

In the High Plane Mapping 004 font, the mapping is as follows.

That is from the Google emoji mapping into Supplementary Private Use Area-A of Unicode, plane 15.

The font was produced on 3 January 2009, before ROASTED SWEET POTATO was encoded into regular Unicode as follows.

So, with the facilities that I have available, the solution is to produce a new font, with the ROASTED SWEET POTATO glyph mapped into the plane 0 Private Use Area, with mappings chosen by me.

I am intending to save a new copy, yet what to call it? This is just a font so as to be able to produce a graphic, though a pdf is also a possibility, and is really just a font to solve a particular problem for me.

However, I do like to write and so I am likely to want to post the font as well, so the font needs to be produced with care as it might have wider uses than just me producing one graphic.

My first thought was to add a mapping to plane 0, but then what about the postscript names?

Find the font using Windows Explorer and double click on it so as to install it temporarily.

The font can be found in PagePlus X3 but is found in the correct place alphabetically for High Plane Mapping 904 yet displaying the name 904 as PagePlus X3 displays the name of a font using glyphs from the font and the font has no glyphs for the basic alphabet.

In composing the graphic I used 250 point as the size for the roasted sweet potato glyph.

Here are the font and the graphic. 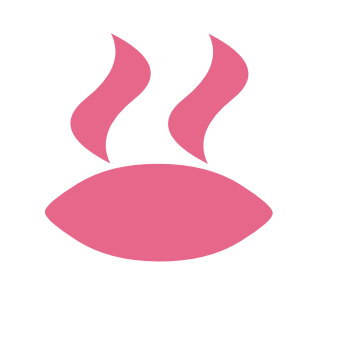 Here is a version with a transparent background. 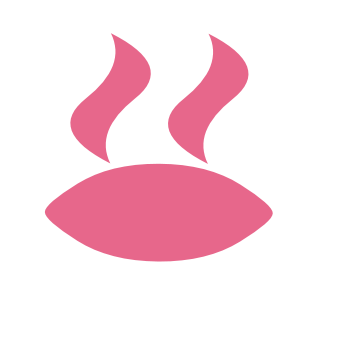