Composite characters with a single macron above

Composite characters with a single macron above

Morning everybody
I just read some topics posted by Ulaping about: "inserting diacritics". I hope he has figured out that problem.
Now, my dear friends out there, how could I make a long macron, i.e. a macron that covers for two combining characters? I have managed to figure out the problem by mapping the new characters in Private Use Area (as in the attachment: E...). However this way make the characters totally new and they could not be read by Times New Roman (TNR) and I would like to see those new characters also could be read by TNR. Another problem is that the combining letters with macron just could be typed in two specific glyphs as: "Ng and ng (both with macron)"; it could not be in NG (with macron). I am thinking if I can assign a long macron at specific key of my keyboard layout (I use MKLC), then both problems should be solved easily. By the way, is it possible for me to change the long macron to long underscore, i.e. instead using the macron, I use an underscore that will be placed under the two characters?
Thank you in advance and God rewards you, amēn.

Re: Composite characters with a single macron above

There's already a Unicode code-point assigned for Double Combining Macron Below, so use that.

Just so that everyone knows which topic your referring to:

and Your Earlier Thread

Docx is not the most convenient format for screen shots. Please attach a PNG image like this. 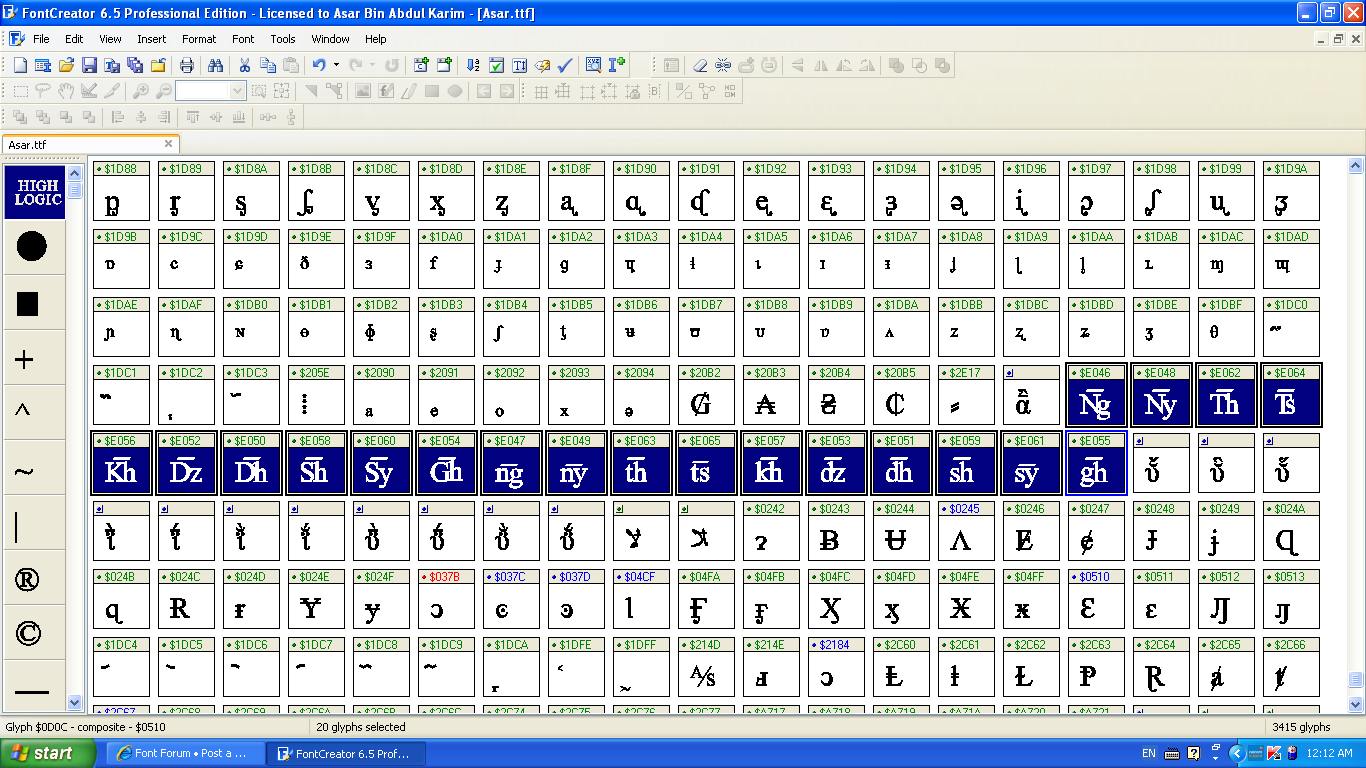