How does one make a font that can apply variation selector sequences please?

This question has arisen as a result of thinking about a particular encoding problem.

Here is a link to the index in case there are further posts in the thread.

> But more important, most people don't even need them, so adding this to FontCreator has a very low priority.

Is it that something would need to be added to FontCreator to provide the facility; or would it be done by a font designer using FontCreator in its existing form, by including within the font some sort of OpenType table, like using a glyph substitution in an rlig table or maybe a liga table?

William wrote:Is it that something would need to be added to FontCreator to provide the facility

Maybe I misunderstood your original question, and was mixing Character Variants with Unicode Variation Sequences.

Unicode Variation Sequences are currently not supported, and are fairly new.

Character Variants are OpenType Layout Features, which FontCreator fully supports. I hope to release a minor update of version 9 later today which allows you to included additional information (cvXX feature params) related to such character variants: 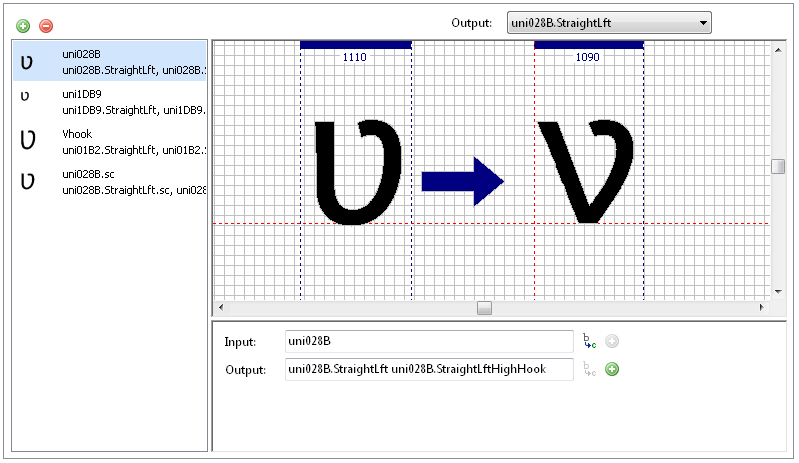 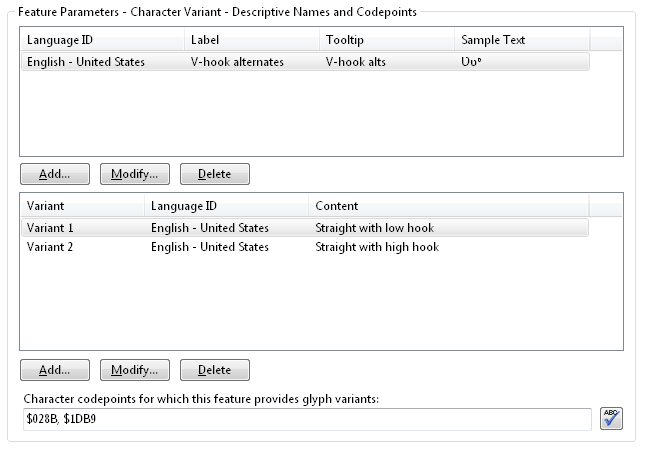