Since I was given 10.0.2179 by Erwin the OT Designer does not show the white lines when viewing overlapping glyphs which happens in a script font. I wish for the feature back in 10.0.2125 which shows a white outline when kerning two glyphs in OT Designer as per the pic.

The latest version 10.1 also no longer shows the white outline making it near impossible to kern a cursive font that has a lot of overlapping. As per the pic.

I am forced to use the older font creator version until this feature is returned, ... I know that most people are not going to complain about this but there are those of us who need the 'white guideline' to kern with.

Thank you for your consideration and all the hardwork y'all are putting into improving the program.

Control H doesn't do that in OT Designer. It "replaces text". It does get rid of the fill outside of OT Designer, but that does me no good. Sorry, didn't work. 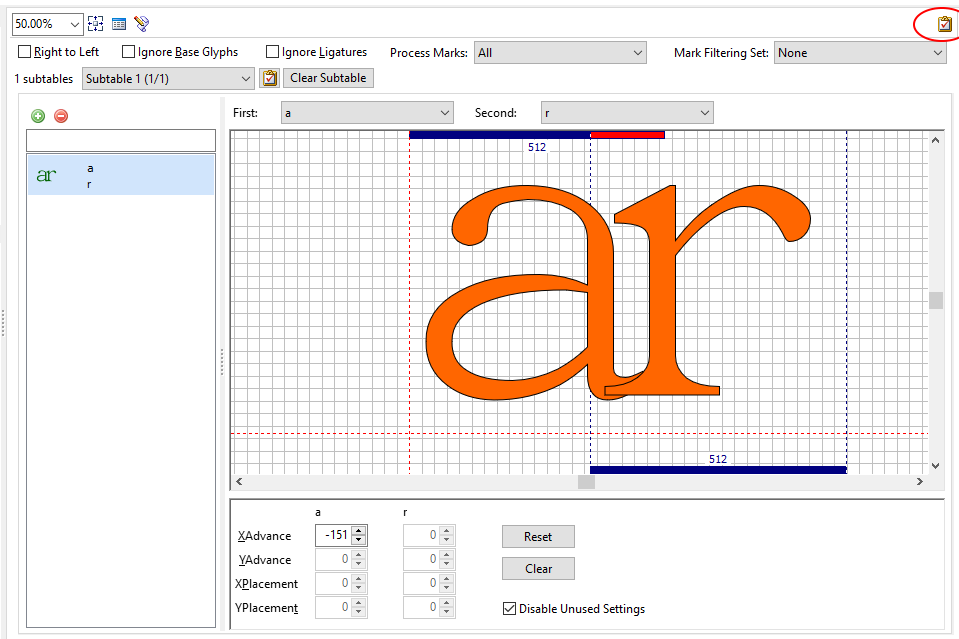 I knew you'd figure it out, didn't think you'd do it in 10 minutes!

There's new stuff even I don't know about.