When opening the attached font file with FontCreator 10.1.0, the outlines are not the ones that appear to be in the font from all other ways of looking at it.
Here's the font as it appears in MainType: 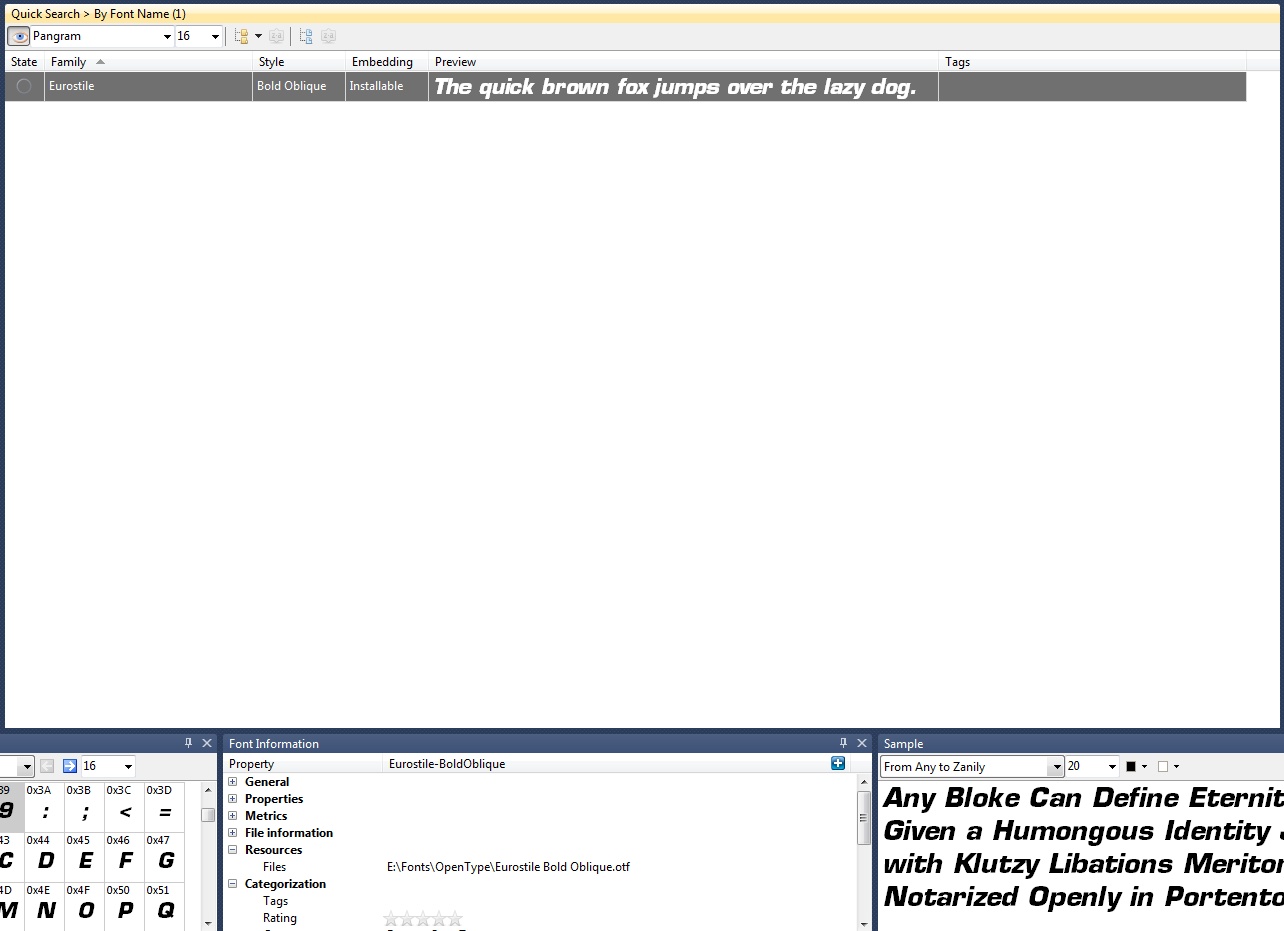 And, here is it opened in FontCreator: 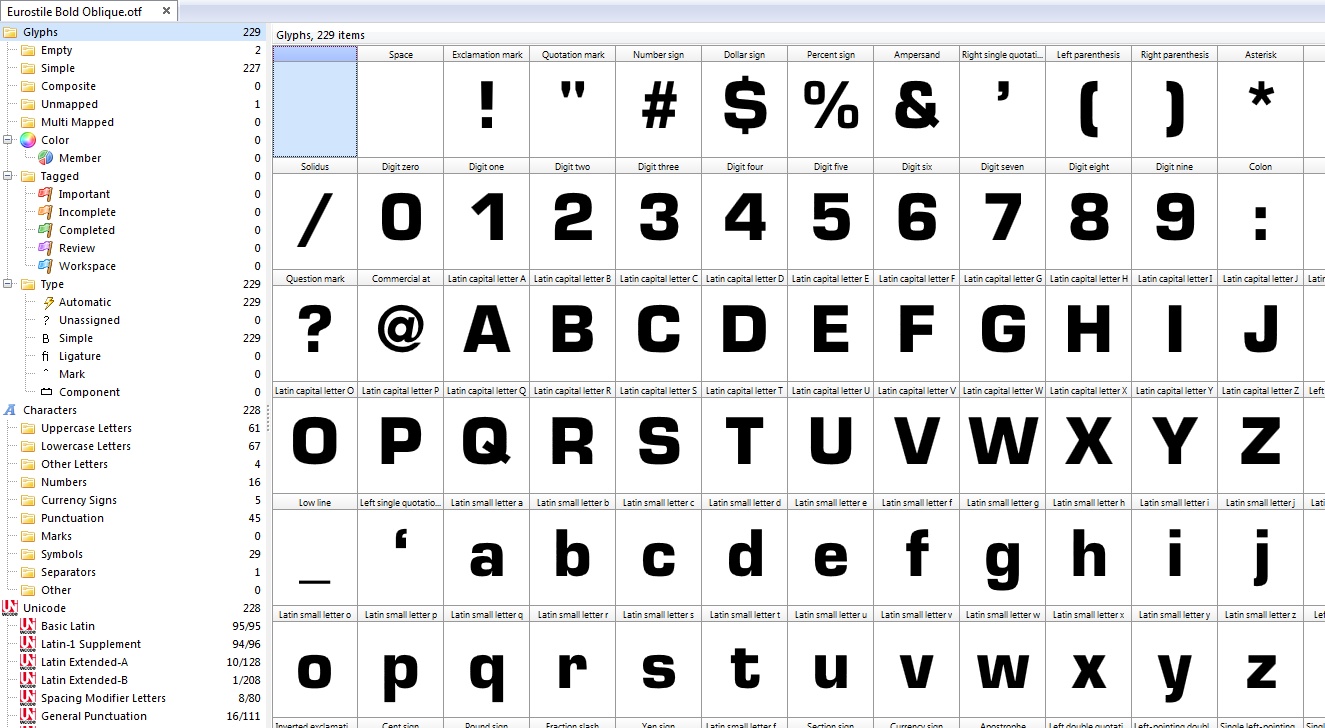 My only thought was that some other font file was interfering, but I don't have a font by that same name anywhere else on the system. Is there any setting in a font file that can cause it to render as italic/slanted even though the outlines are not?

This is not a bug in FontCreator. The italic flag is enabled in Font Properties.

Bhikkhu Pesala wrote:This is not a bug in FontCreator. The italic flag is enabled in Font Properties.

Both of these should display the font rendered as it will actually render by any other software.
Top

There is indeed something fishy with this font.

This bug will be fixed with the next major release.
Erwin Denissen
High-Logic
Proven Font Technology
Top

Erwin Denissen wrote:This bug will be fixed with the next major release.