Get help with MainType here. Please do not post feature requests or bug reports here.
Post Reply
9 posts • Page 1 of 1

I'm finding that if I use high zoom factors on certain fonts, they're getting clipped by the window as they are considerably off-centre. It would be good if we could scroll the zoom window to centre the glyph. And if it's already there, can someone tell me how to get it (none of the usual shortcuts work and there are no scroll bars)? Thanks.
Top

I think the position will depend on the character's bearings. Some characters like Q in some fonts may have negative side-bearings.

That's the one I'm using. If you take it up to 700, then at least one font I'm looking at is neatly bisected by the left-hand edge. But with other fonts it also happens on the vertical positioning (top and bottom). I don't think have been clipped by the right-hand edge. These all all monospaced fonts, BTW. The letter "p" (Regular or Medium), for example, gets clipped at the bottom in Airo, Aurulent Sans Mono, Code New Roman, Consolas (Microsoft), Letter Gothic Std (Adobe), Lucida Sans Typewriter, PragmataPro, saxMono, Source Code Pro (Adobe), TargaMS and Tt-Kp. It gets clipped at the bottom and left-hand side in Erica Type. As you can see, whilst many are from small suppliers, several are from the big boys. Thanks, JB.
Top

The font size only affects the Zoom Panel, not the zoom popup. I can see no problem with Consolas in the Zoom popup. 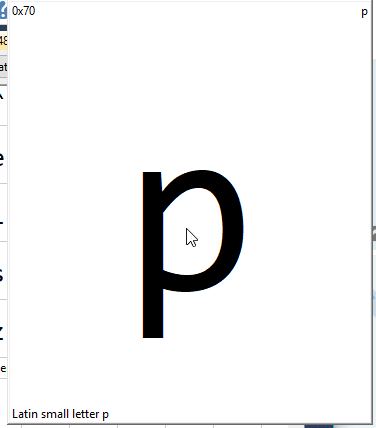 My bad - I'm still getting used to the software and basically mistook the zoom pop-up for the pane. But you can't change the zoom pop-up's, er, zoom. To be able to adjust the zoom you seem to have to use the pane, which is where the problem resides. I've attached an example with Erica.

But I also have found some more oddities in the behaviour. Having exited and restarted MainType, and experimented with it further, all the vertical positioning has been recentred, and the Consolas "p" is now centred in the zoom panel. But Erica, as you can see in the first graphic, which was being chopped both vertically and horizontally, is now only chopped on the left-hand edge. And Pragmata Pro Fraktur is still - just - clipped at the bottom (see second graphic).

But when I posted the first time I'd exited and restarted MainType several times, and the vertical positioning wasn't altered. So at appears that some action I took (Lord knows which one - I'm finding my way around) seems to cause a recentring vertically of the zoom display.

Now, one can work round by increasing the size of the panel, but the Fraktur is at the limit of what I can do on a 1920 x 1200 display, and anything with a lower descender (or at a higher zoom) will be more significantly chopped.

I'll try to find what might have caused the recentring, but thanks for your help. 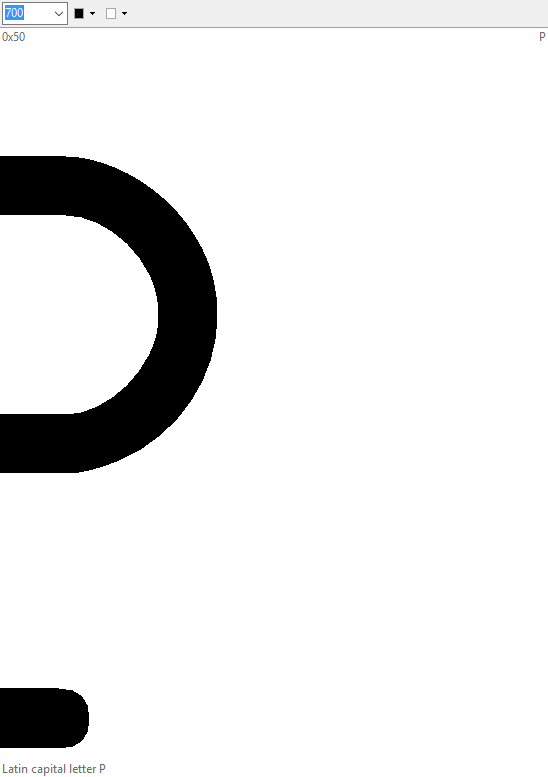 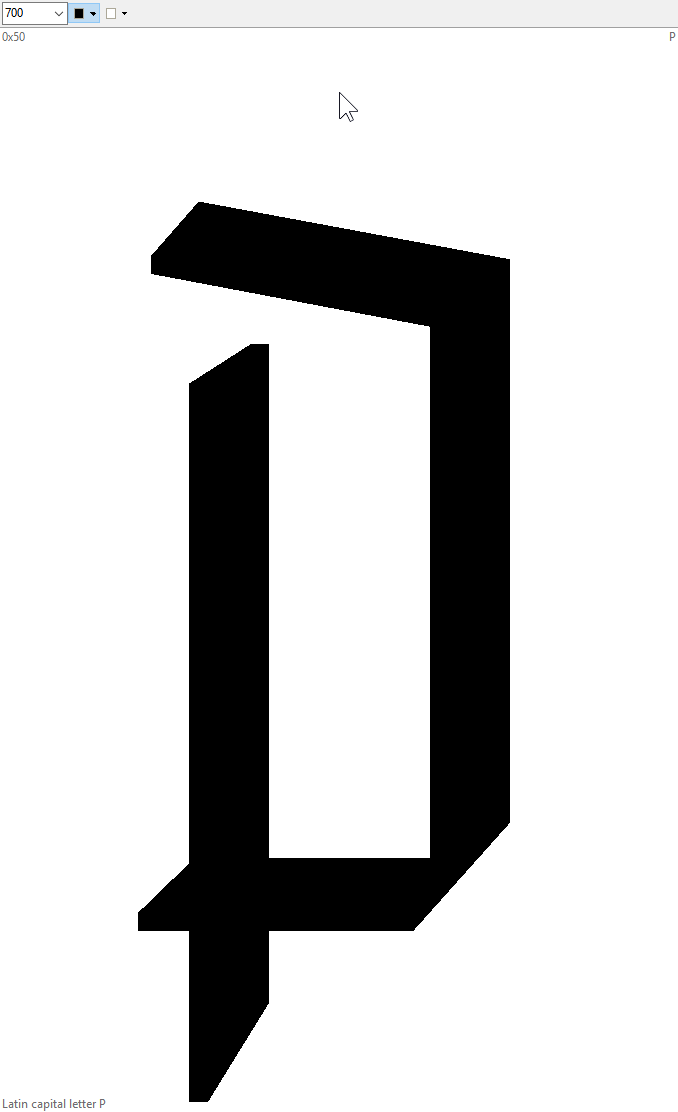 That works most of the time, but not always. In the second picture of my last mail the letter is still being truncated, and I can size the window to be no larger vertically. Which means that if I take the zoom up to 1024, even more will be truncated. Anyway, thanks for your help.
Top

We were not able to reproduce the issue concerning Erica's "P".

Most of the time the character is displayed just fine, somewhere in the center of the panel, so in some cases you might have to lower the point size.
Erwin Denissen
High-Logic
Proven Font Technology
Top

No probs. I'm beginning to use the program intensively as part of font development, so hopefully I'll work out what's going on. Thanks for your help.
Top
Post Reply
9 posts • Page 1 of 1