If you have made a true italic font, as contrasted with an italic font made by simply slanting a regular font, could you possibly share your experiences of the design process please?

1. Decide on the italic angle you want
2. Run the italic transformation
3. Run the Autorenamier
4. Save as a new font

Then you need to modify a few glyphs. Compare, for example, Times New Roman Regular and Italic, Georgia Regular and Italics, or Palatino Regular and Italics, and see which glyphs need a new design. Show the alphabets A-Z and then a-z in the Preview Toolbar (F8 ) and toggle back and forth between the two fonts with Control Tab to quickly identify the different glyphs.

Most of the Uppercase and all of the digits are often OK with just a slant, but you may want to redesign at least the following glyphs:

Pay special attention to the design of the serifs. Use a huge font size in the preview toolbar to compare the serifs on individual glyphs.

Lastly, check the widths. The Uppercase won't be very different, but some of the lowercase italic glyphs will need a smaller advance width than the regular glyphs, as they connect better. Reduce right side-bearings, which are often negative in italic glyphs. Applying the italic glyph transformation script doesn't alter the advance widths.

Use the same technique of toggling with ctrl tab to compare the spacing to identify any problem glyphs in the Preview Toolbar. 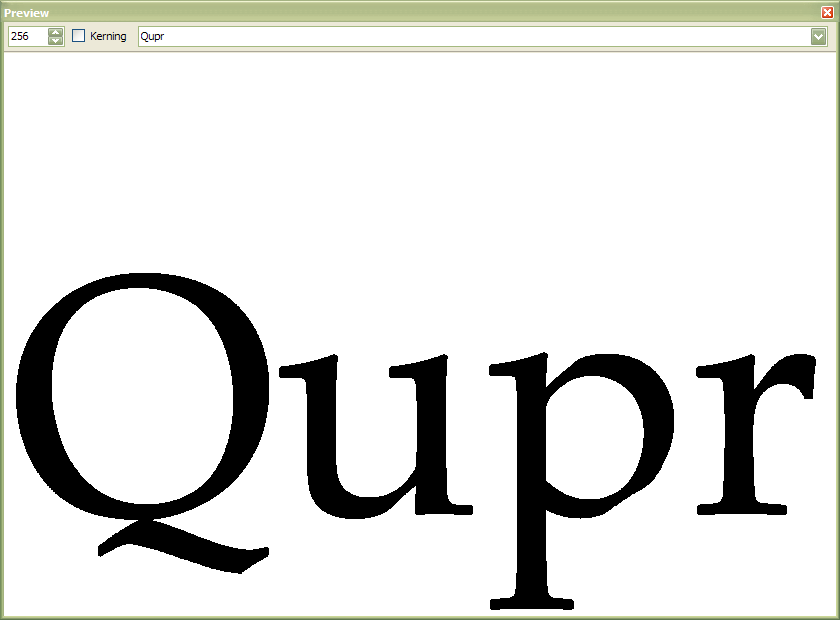 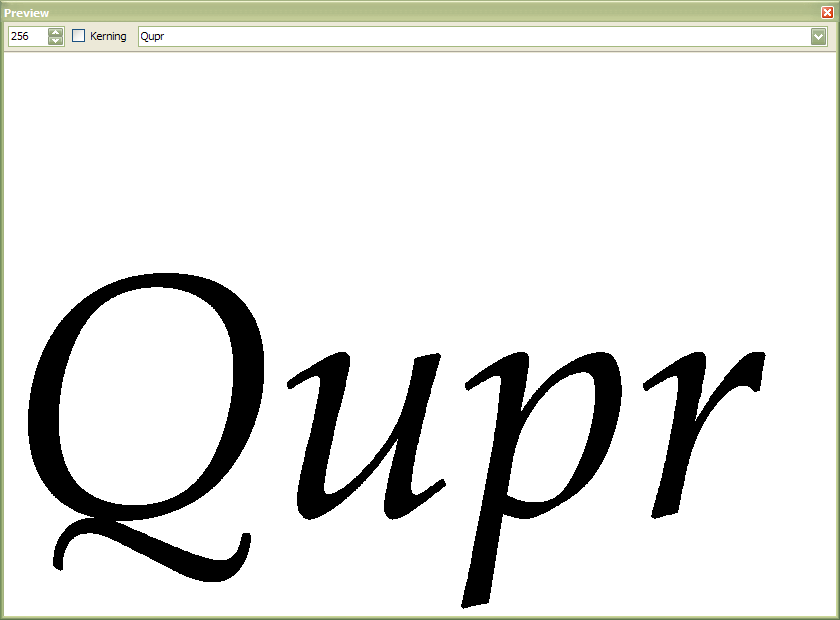