I've been working on this font which is taken from my writing and would welcome comments. I'm not a professional and am still learning.

I have a long list of suggestions/recommendations. The most important is to fix the metrics as clipping may occur
I attach my edited version for comparison.

If you think that the Capitals are too tightly spaced, then increase the side-bearings on each side by 50 funits or so using the Transform Wizard. It think it's OK as it is.

Here's a quick job I did by importing the kerning pairs from another font, and manually tidying up the pairs for your font. A few hundred pairs, mostly Upper/lowercase pairs, is all that are needed. Add New pairs or adjust the existing pairs as you like, but don't bother with the Autokern Wizard for this font — it won't give good results. 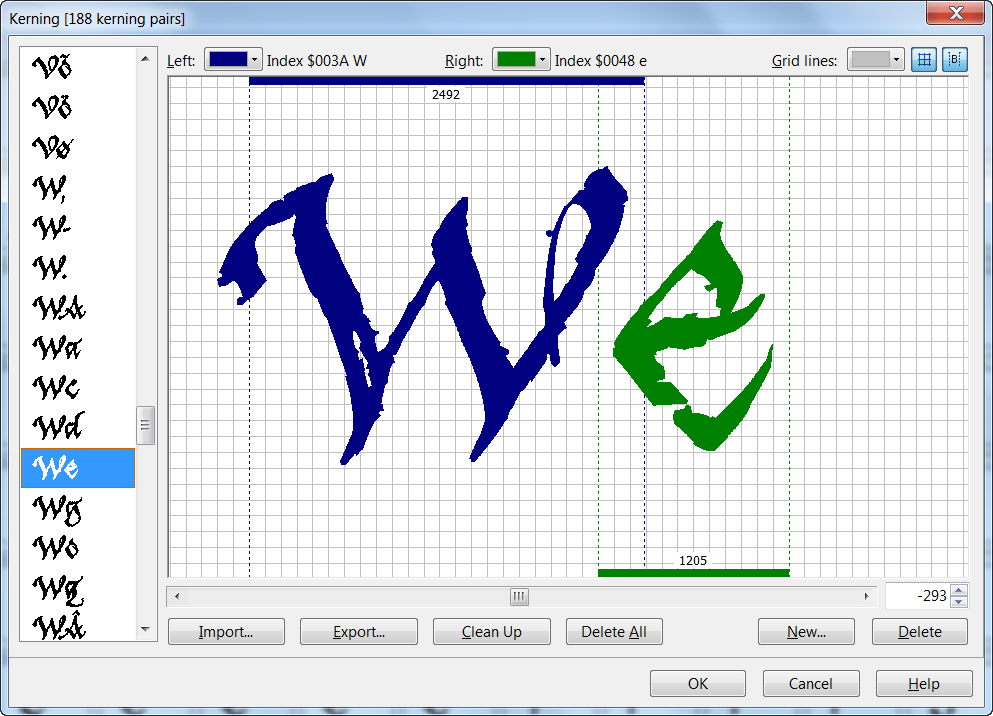 Thank you for your recommendations and the time that you have taken to help me. I understand most of them and will work my way through them. I agree fully with what you have said and will send my updated version when completed. Have just looked at the kerning advice. Probably basic for you but enormously educational for me. Thanks again
Top
Post Reply
5 posts • Page 1 of 1