How to change "ab" to "cd", while "a" won't change to "c" with any letters but "b" behind it in OpenType Designer?

How to change "ab" to "cd", while "a" won't change to "c" with any letters but "b" behind it in OpenType Designer?

Just for jollies, I created a composite glyph in the private use area @ $FB07 with a name of "abform". This glyph was a composite made of the characters "c" and "d". In the OpenType Designer, I added a Standard Ligature 1 feature (liga) and then I added a lookup table Ligature 1 and then I added the lookup into the table. In adding elements to the lookup table, I was not able to enter "ab" in the left-hand column so that I could point it to the "cd" ligature. However, after setting up the a → cd lookup, the script editor enabled me to add the b resulting in "ab → cd".
You can see in the screen shot that where ever "ab" is encountered in the input stream, those two characters are replaced with "cd". 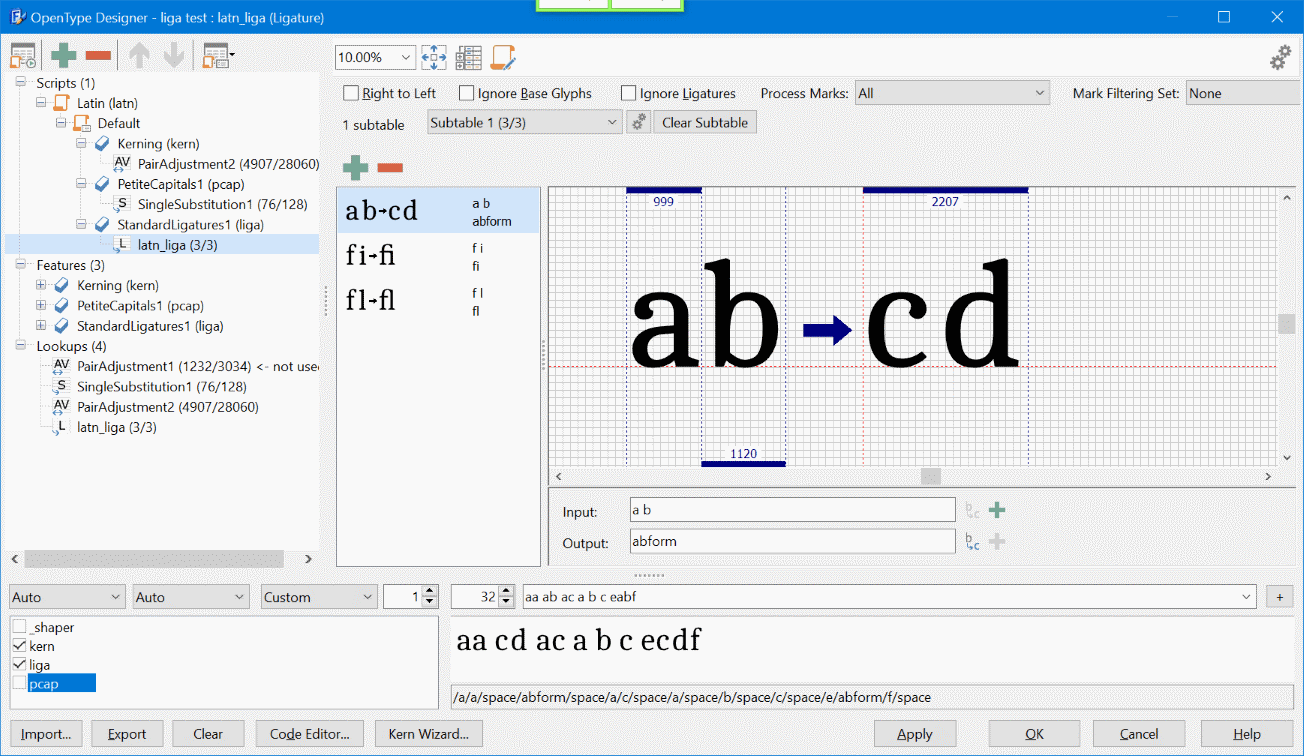 The following may make this all a little clearer: Tutorial
Top

Thank you. And can I ask one more question?

Why all settings worked in OpenType Designer, but some of them didn't work while testing?
Top

Not all word processors support all of the OpenType features. Where they are supported, they need to be activated or enabled.
For example, in LibreOffice, the supported features are enabled by specifying feature codes in the font selection box.
Top
Post Reply
4 posts • Page 1 of 1